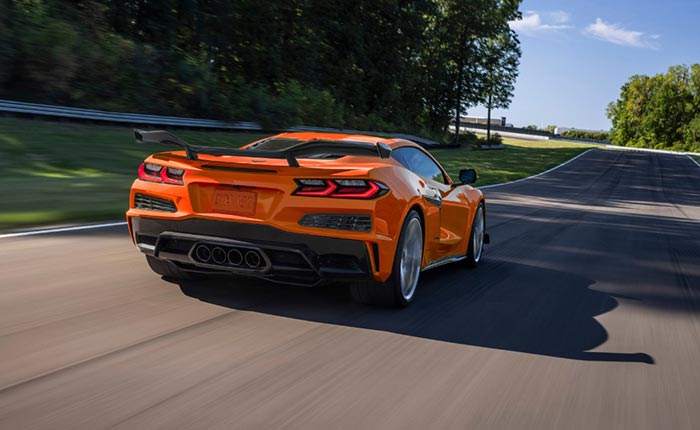 When you’ve got a car as great as the upcoming 2023 Corvette Z06, you want to share it with the world.

That’s exactly what General Motors is doing with the second variant of its already wildly popular C8 Corvette, with the Z06 officially unveiled yesterday in California.

After months of denying that a right-hand drive Z06 would be produced at its Bowling Green, Kentucky assembly plant, Drive.com is reporting that GM confirmed yesterday that the Z06 is indeed coming to “The Land Down Under” and will feature at least one part made locally.

Optional on the new Z06 will be lightweight 21-inch rear and 20-inch front carbon fiber wheels manufactured by Carbon Revolution in Australia, which also produces weight-saving wheels for the Ford GT and Ferrari.

No other details have been released about the Australian version of the Z06, with Joanne Stogiannis, director of General Motors Specialty Vehicles, releasing only this statement:

“The Corvette Z06 will be manufactured in both left and right-hand drive, and we’re incredibly excited to confirm GMSV in Australia and New Zealand will be part of the global program.”

That means no one outside GM knows exactly how much the new Z06 will cost in Australia, nor just how many units will be sold there. Using the previous Z06’s 40 percent price premium over the regular model, however, Drive.com speculates the local RRP for the new Z06 could range from $203,000 to $266,000 without on-road costs added.

The regular C8 Corvette, with only about 250 examples of the 2022 Stingray available in Australia and New Zealand, has already sold out in Australia at a cost ranging from $145,000 to $190,000 before on-road costs. GMSV dealers are already begging for more cars with the first batch set to arrive late 2021 and early 2022.

Australia/New Zealand Corvette Buyers Getting Closer to Receiving their Right...