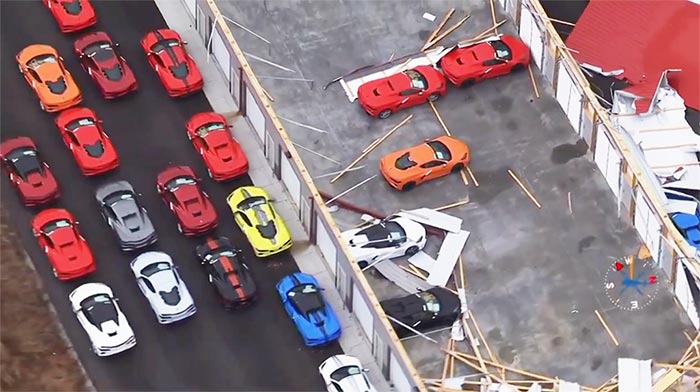 As the new work week slowly gets underway, new details are emerging about General Motor’s response to the storm damage that will keep the plant shuttered for a least the next week and maybe even longer. Since our updates on Saturday, here is what we have learned.

GM announced on Saturday that the Corvette Assembly Plant will be closed for at least this week. The automaker will be bringing in a specialized group of contractors to review the damage and come up with a repair plan.

We know there was some serious roof damage caused by wind and fire, and GM has said the employee entrance to the assembly plant was also damaged. However, a flyover by a Nashville TV station didn’t show holes in the roof or charred remains from the fire, so we are hoping that it may not be as ominous as it sounds. 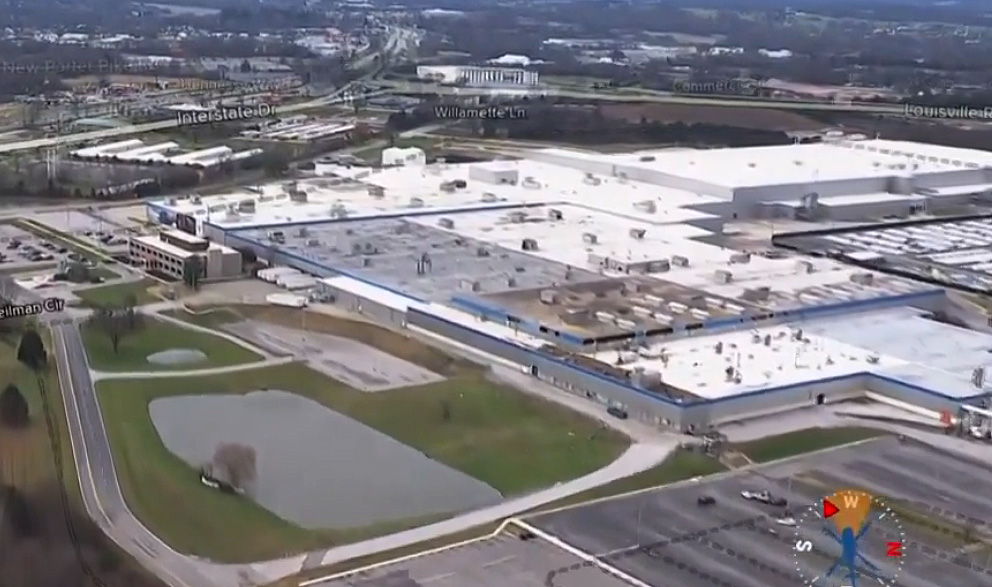 To: All GM Bowling Green 18016 Suppliers

Due to the impact from the tornadoes that came through Bowling Green on December 11th, BGA will not be running production on either shift for the week of December 13th. At this time, it is unknown if we will be able to resume production for the week of December 20th. There will be a bulletin sent at later date to communicate those plans. Please pay close attention to your updated EDI and monitor it daily as it should reflect these changes in the schedule.

Please also let us know if your supply of parts was/is impacted by this weather event and what measures you plan to take to satisfy our future requirements.

Your support, as usual, is highly appreciated.

We also know that Shane at the Corvette Museum’s R8C delivery program has contacted those customers whose new Corvettes were damaged while being stored at the NCM Motorsports Park. The email states that repairs will be attempted prior to your scheduled delivery appointment, however, it’s uncertain at this time. They are asking for “patience and flexibility as we navigate this unprecedented event.” 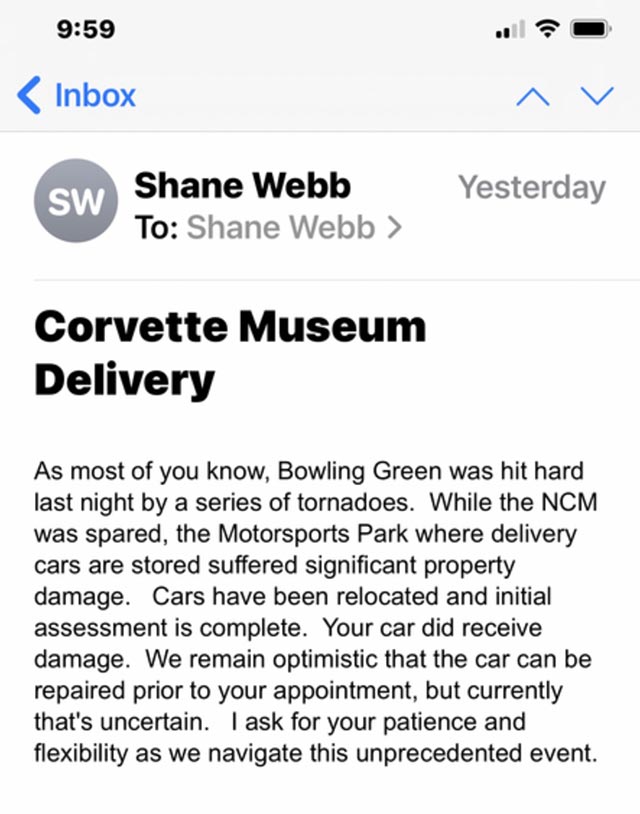 After taking two days off, the National Corvette Museum has reopened to the public this morning. We haven’t heard of really any storm damage to the facility which is fantastic news. We even hear that a few customers did take delivery of their Corvettes over the weekend. Unfortunately, the NCM Motorsports Park wasn’t as lucky as we’ve seen the pics showing damage to the Holley Control Tower, the karting office, and the R8C storage garages. All events at the Motorsports Park have been canceled until further notice.

That’s the latest as of Monday morning. We’ll continue to post updates as we have them.